Mythweaver and the creative commons license

Skathros has asked about expanding previous editions of Mythweaver or giving permission to the community to do so ... I've actually published five different games under the "Mythweaver" name (starting with a game simply called 'Mythweaver' in 2002). I hereby officially apply the Creative Commons License (to the left) to all games I have released under the Mythweaver moniker (including Mythweaver, Mythweaver: The Splintered Realm 1E and 2E, and Mythweaver: Reckoning).

Grubman over on RPG.net asked about getting a copy of the cover for Mythweaver: Legacy... and I realized I didn't include that in the pdf! I'm posting it here for anyone who wants to take it make a poster for your bedroom (you didn't think I knew about that, DID YOU?!) 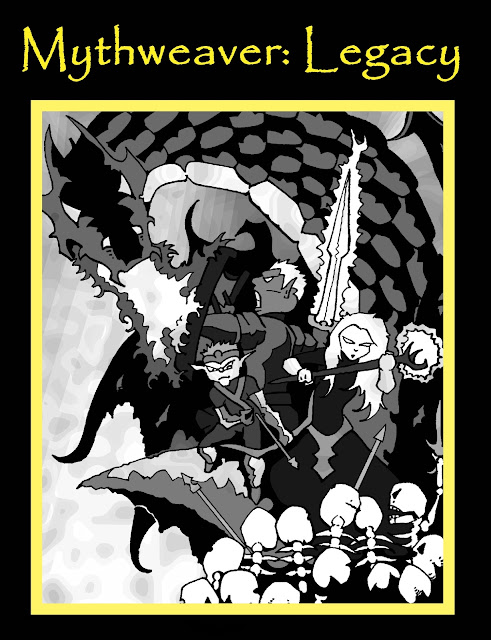 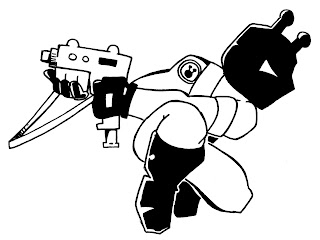 Fifteen years ago, I dug my heels in on January 1, 1998 and decided that this would be the “Year of the Ant”. I put all of my creative energy for the next 12 months into my games and comics, and had the most productive year of my life in terms of overall output. Since 2013 marks the 15-year anniversary of that, and since I’m feeling the pull to take on a huge creative challenge once again, 2013 is now officially the Year of the Ant (Part II).

The Kickstarter will do just that – kick it off – but I plan to do quite a bit in the lead up to and after the release of the game and comic (assuming of course that my Kickstarter funds… and that’s where you all come in).

Wish me luck, and keep checking back!
Posted by Dr. Mike Desing at 9:52 PM No comments: