I have now officially finished mapping for the Vault of the Goblin... I've decided to go back and re-number all of the encounter areas to have each area receive an individual number. I was starting each section over again with the number 1, and creating more confusion for myself than necessary... this project keeps moving along. I want to have pdfs done in the next few weeks, and all Kickstarter rewards out the door by the end of April.

This map is the closest I'm ever going to come to my own version of the Tomb of Horrors...You can only get through by losing a hand, lighting yourself on fire, withstanding a disintegration field, and navigating a trap-filled, anti-magic hall. Sacrifices will needs be made... 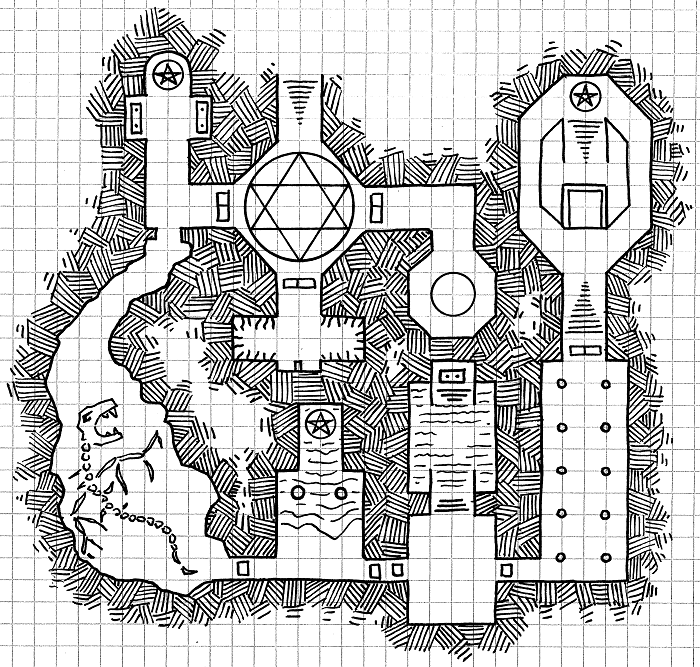 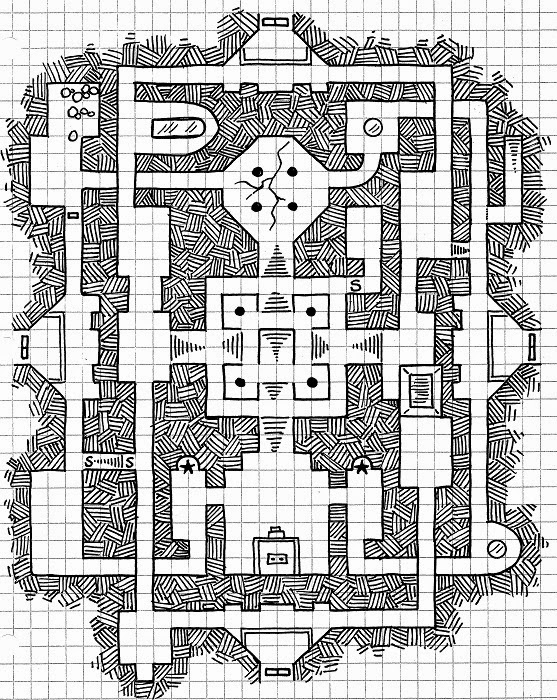 Okay, before you read any further, you should check out the incredible map by +Dyson Logos that inspired this one...

I have been thinking that in the Vault of the Goblin, the goblins didn't have much in the way of food... and packing a few thousand goblins into a deep hole for a while, things are going to get testy if everyone is starving to death. While I think they would subsist on a steady diet of rats and big spiders (those would be plentiful), they'd need a staple for their diet as well... 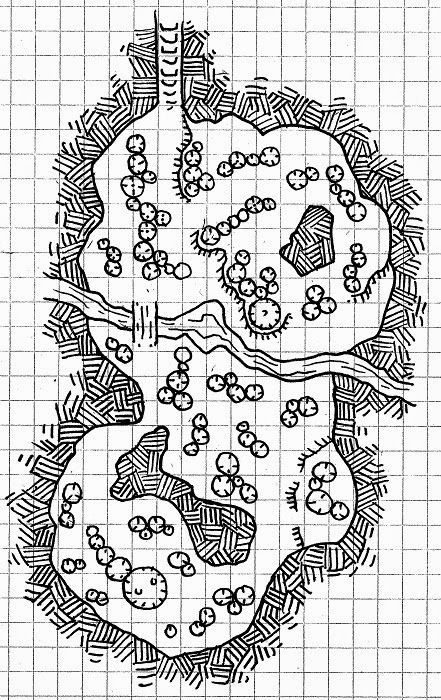 I've never had a use for shriekers (I didn't even put them in the first iteration of the core rules - but I will now), myconids, and various mushroomy stuff. All that changes now!

The thought is that the mushroom king (a myconid of maybe 4 HD who lives in the southern chamber, sitting atop the largest of the toadstools) had an agreement with the goblins to let them skim some mushrooms for gifts they'd bring him...

In the northern part of the chamber are patches of shriekers that not only alert the myconids to the presence of outsiders, but also attract a huge centipede that roams the place. It will eat only shriekers (finding them quite the tasty treat), but hates the taste of all other fungi. However, he's been around them so long that he has, like a clownfish does with sea anemones, made himself virtually invisible to them, since he's coated with so much fungus slime. So, the shriekers never go off as he slithers by... but their shrieking will attract him quickly. He'll go to town chowing down on shrieker for several rounds before he notices the fellowship, giving them time to either beat a hasty retreat or plan their attack.

I'm having fun designing these smaller, self-contained encounter areas as sub-sets to the Vault of the Goblin...
Posted by Dr. Mike Desing at 10:48 AM No comments:

Vault of the Goblin: Connective Tissue

Inspired by the Bridge of Khazad-dûm, I've been thinking of the Vault of the Goblin as a series of nodes that are connected by larger expanses of 'not much'... long tunnels, great empty caves, and the like...

Of course, there are the areas that are off (or along) the beaten path, but which are smaller expanses of 'something' that are not tied directly to a node - the connective tissue of the nodes. These are almost like random encounters along the path between nodes. I'm going to formalize these in their appearance, but I'm still thinking of ways to randomize these as well... 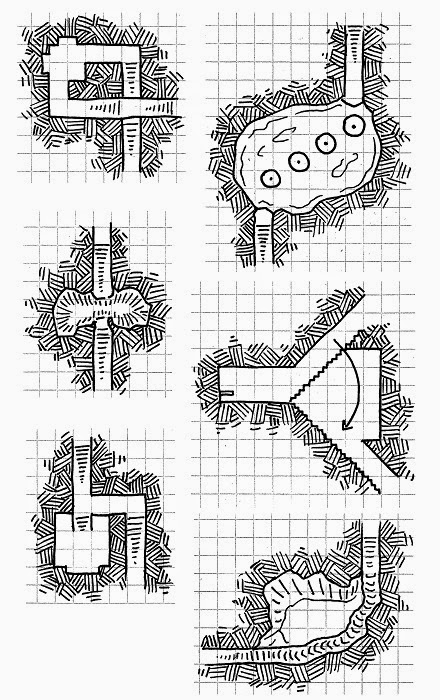 Vault of the Goblin: Deeper Prisons

The goblins love their prisons... this is the penultimate level before the pits, which is a prison for some of their more powerful foes, and a deep pit in the middle that they drop especially nasty enemies into. 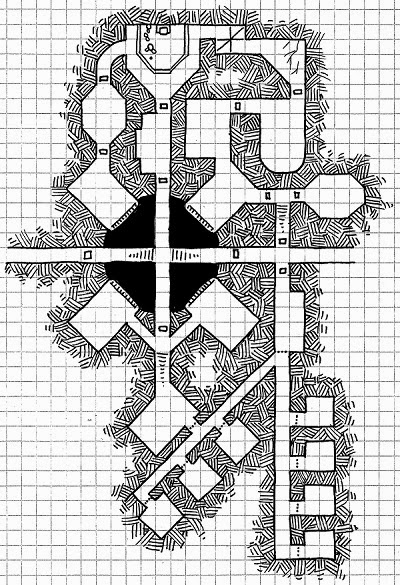