It's All Dyson's Fault

I blame +Dyson Logos for this whole thing. I do. We've only had a handful of online interactions, and he always seems a decent enough chap. However, he keeps setting the bar for mapping, and I keep wanting to try and throw myself at it headlong.

For Saga of the Splintered Realm, I am including a map of my 'signature' city of Nethil Bay with the core rules. I have a map I made several (as in 15) years ago, and it always struck me as serviceable if a bit boring. I was going to use it, maybe touching it up a bit before scanning it... As of about 10:30 this morning, here it is: 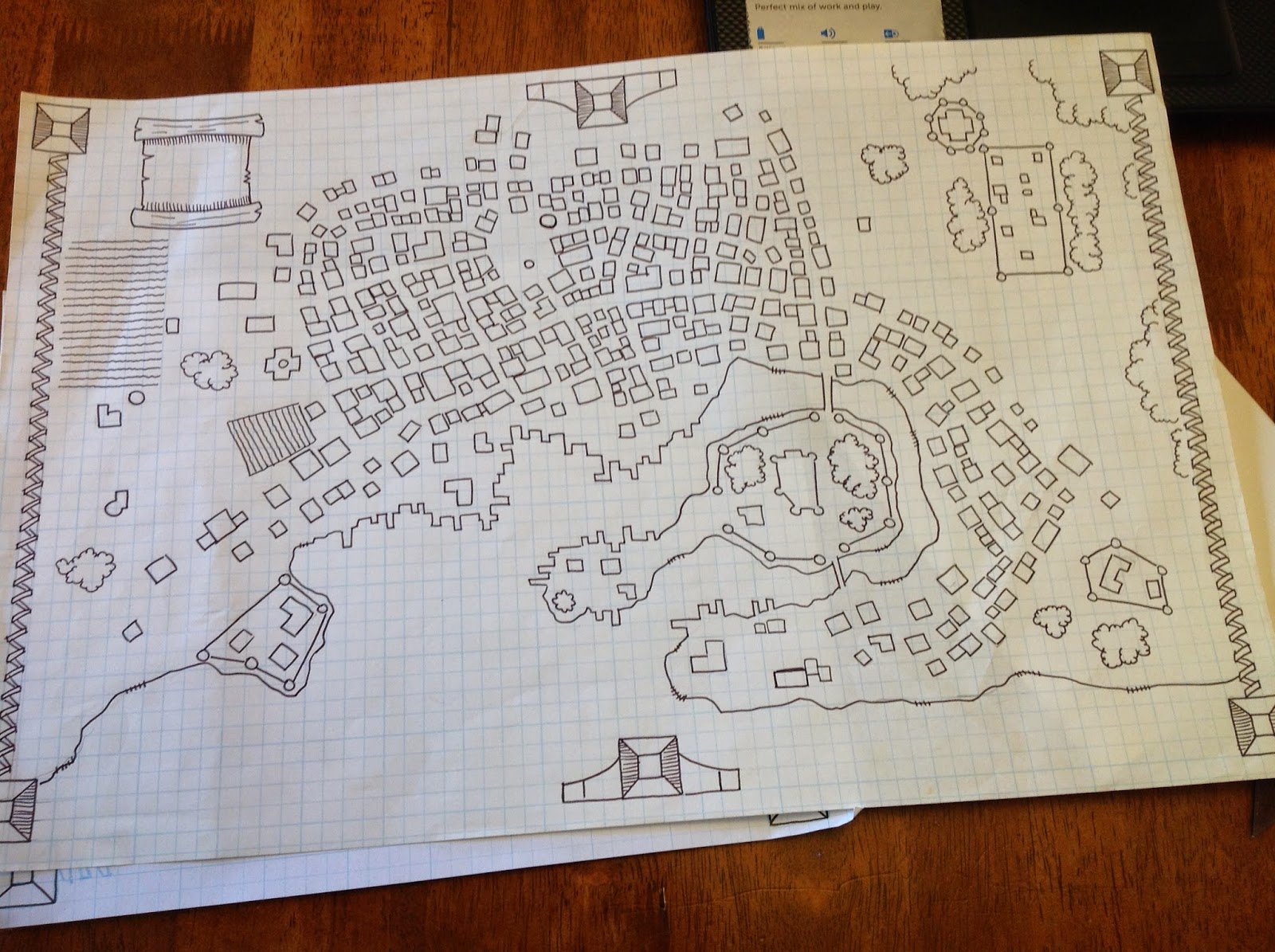 I mean, it's okay, right? Not bad. I can use this. Then I decided, NO, this is my game. People paid a lot of money for this. I want this map to be used for the next twenty years. I'm re-doing it by jango (not Fett, though. Just any other jango). So I took out two normal sheets of graph paper, and started working. But within 15 minutes, I realized I couldn't get the scale I wanted. So I moved to four sheets and (re)started working: 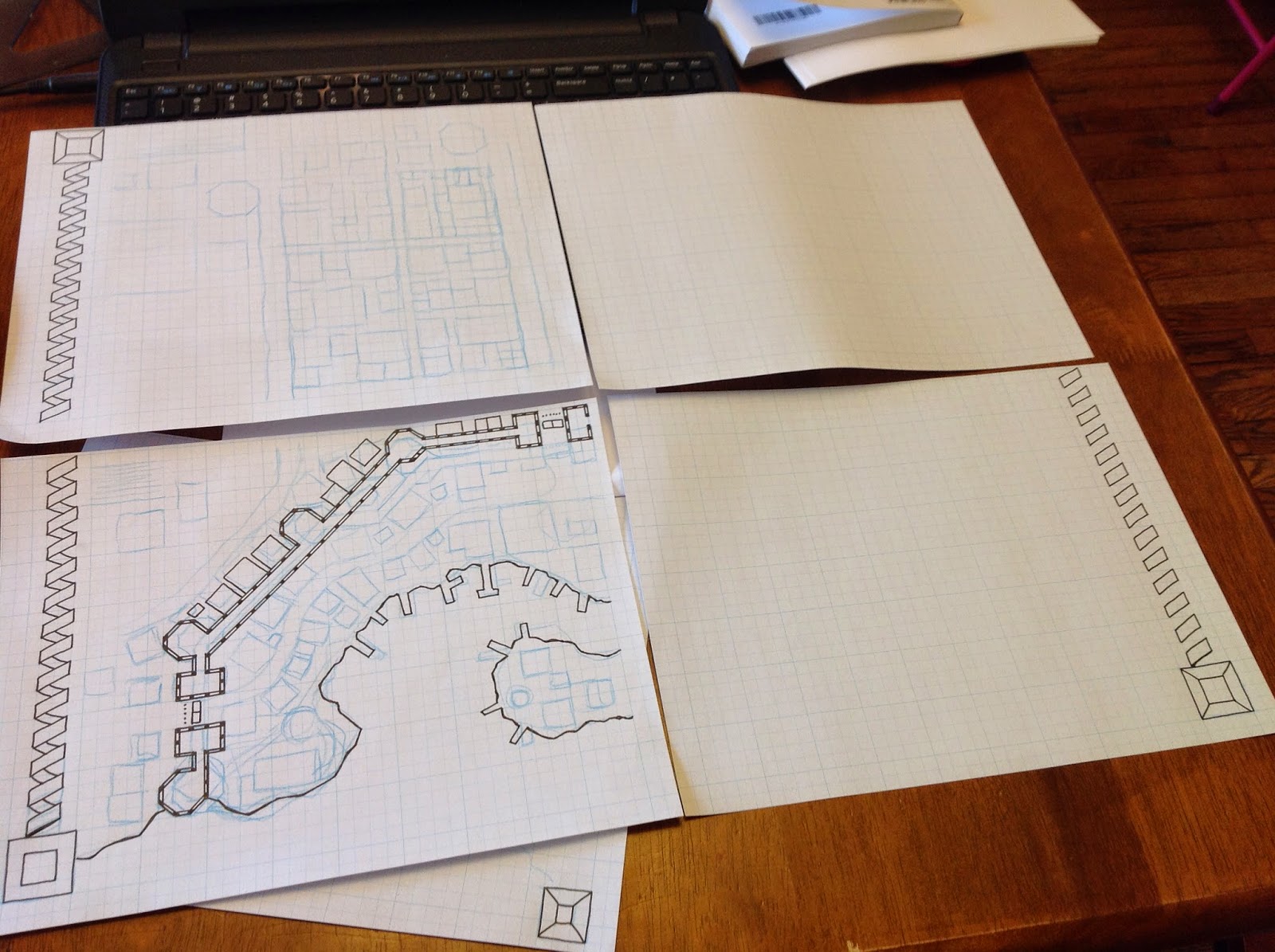 Cool. Looking good, and it's only a little after noon. However, as I worked, I realized my proportions were going to be off... I wanted more of a landscape map, and a larger area... it was going to be too square and wouldn't look right on the posters I wanted to make. It needed something more. So, more graph paper: 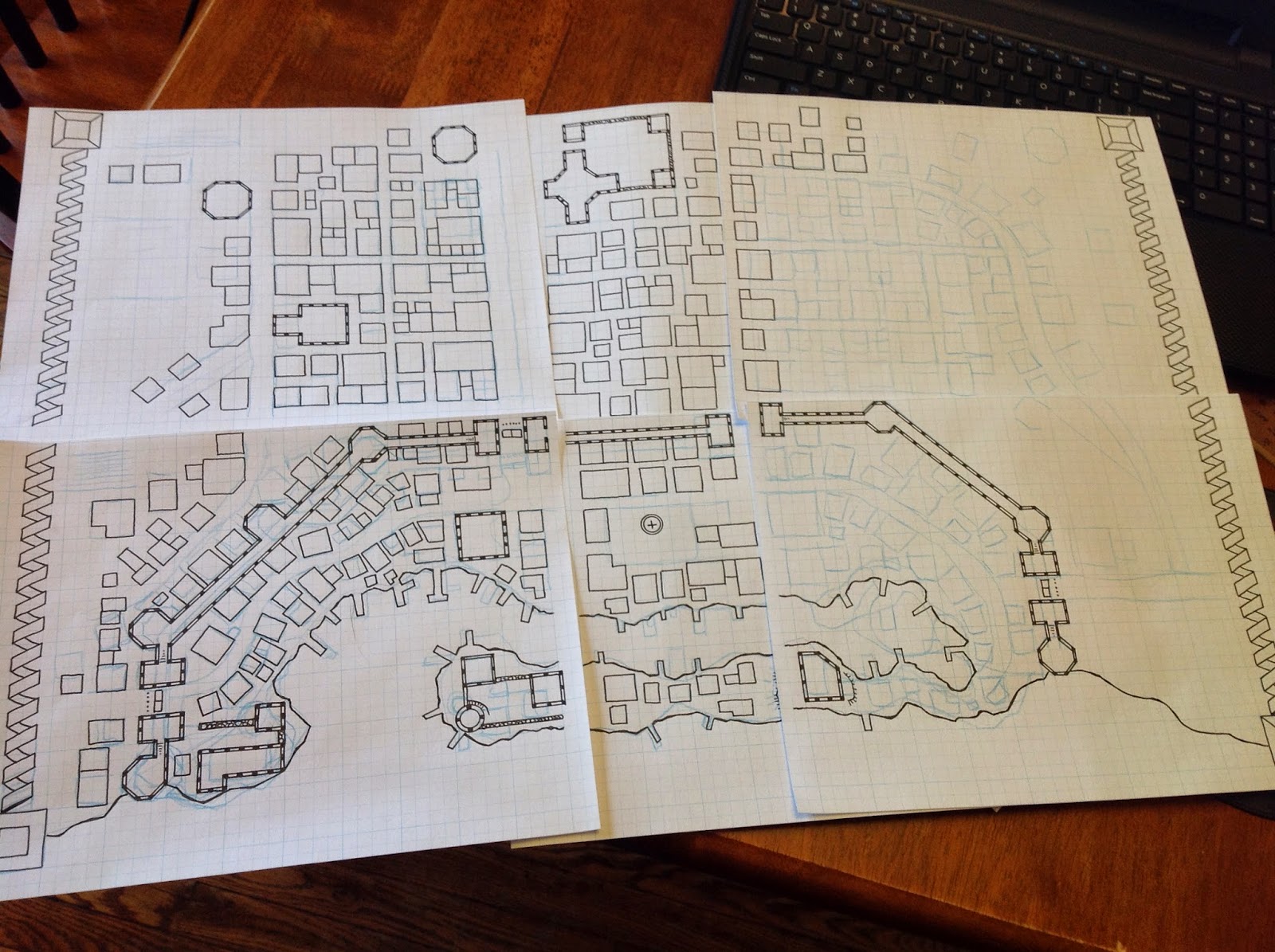 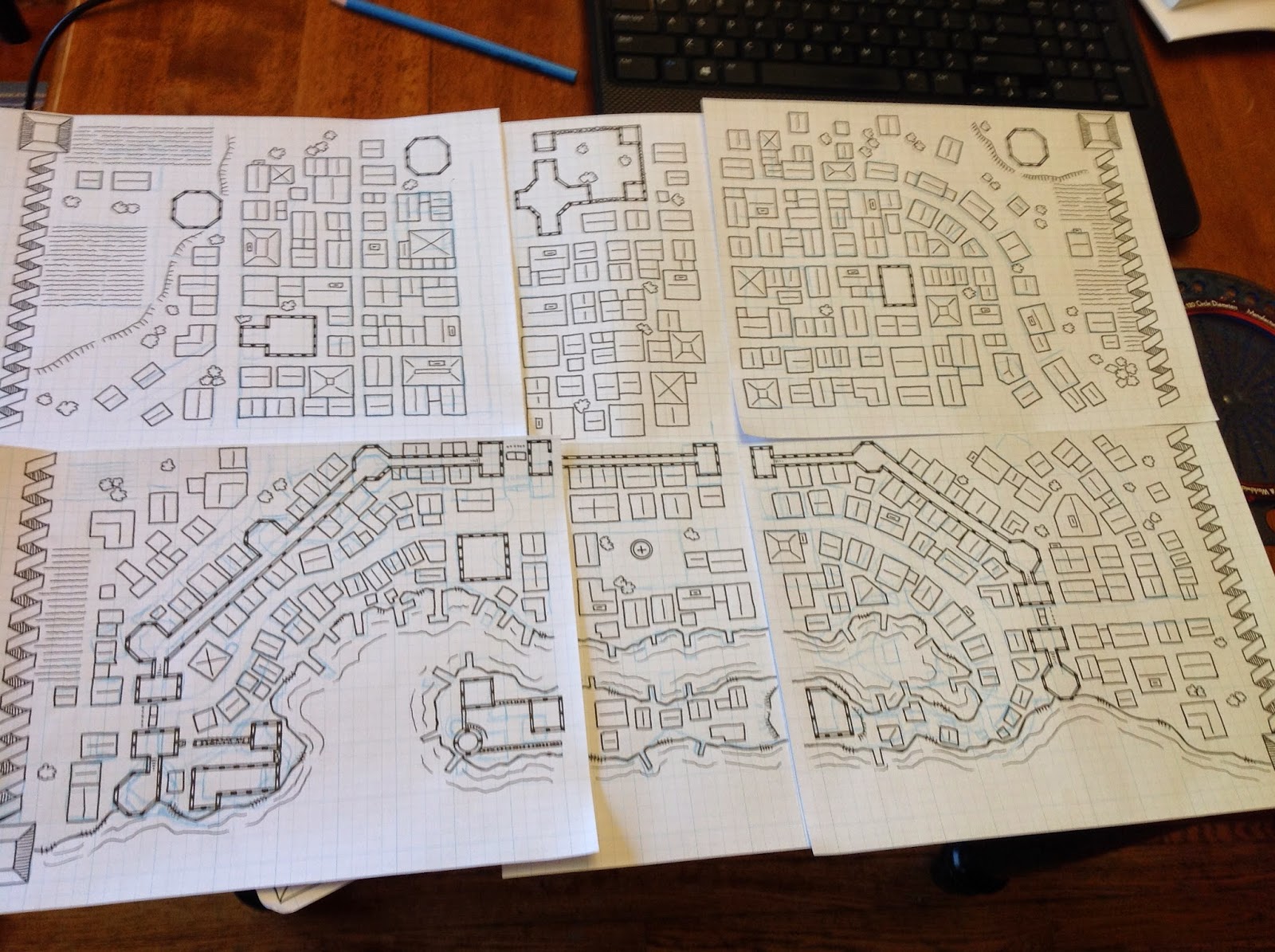 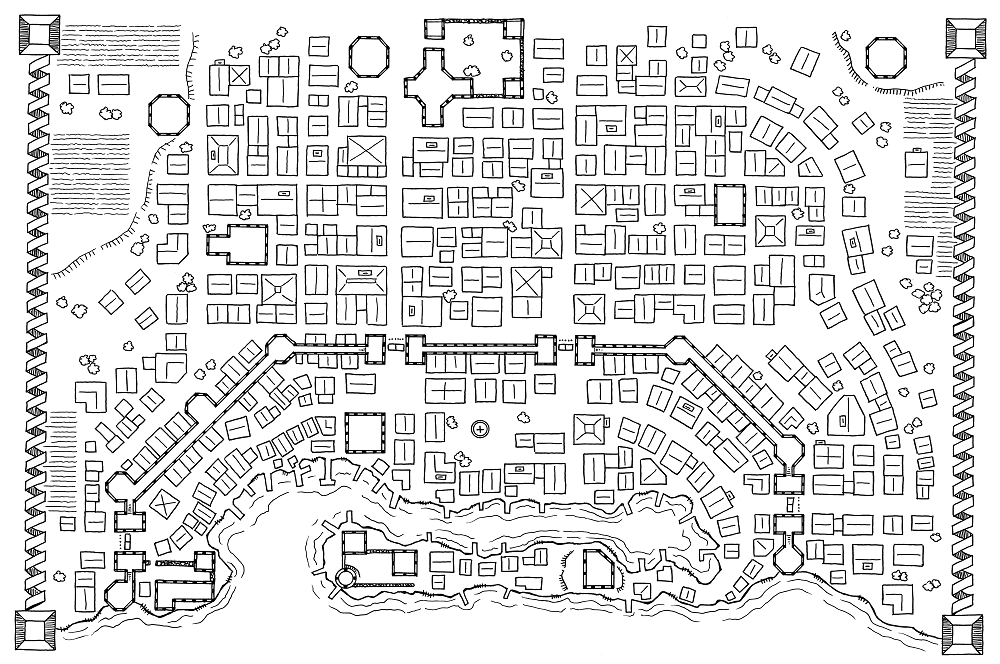 The city map I have always wanted, but never could make up my mind to dedicate an entire day to. I have to tell you, I wouldn't take today back if I could. Thanks to Dyson for inspiring me, and thanks to the Kickstarter backers for supporting me and encouraging me to make something like this. If you are a backer getting print editions, you'll be getting a poster of this with your shipment (hopefully in a few weeks...).

Now, the Splintered Realm world map is nagging me, asking if it's getting re-drawn, too. I may need to rest for a few days after this one.
Posted by Michael Desing at 7:16 PM