So I have a set of notes and the beginnings of a comic script for "Michael T. Desing's Army Ants: The New Frontier", which I guess is a comic but maybe is a play test character, or maybe it's both. Or neither. I am not sure yet.

For a long time, I've had the idea of a prototype helicopter and a solo character or small team going on a series of missions... based largely on my memories of Airwolf, which I will admit are limited to 'cool helicopter doing cool stuff'. I really couldn't tell you the first thing about the series - and I'm scared to find an episode and see how bad it probably was. That said, here's my first stab at a design for the prototype helicopter that would be the center of this storyline/play test... full disclosure: I have always hesitated to include vehicles heavily in my comics, because I was always bad at drawing them. Then, during the design of Shards of Tomorrow's most recent edition, I somehow 'figured out' how to draw vehicles, and started to like drawing them once I could see them in my mind's eye correctly. This is definitely a first draft, but it gives an idea of what I'm thinking. I think that the trick was I stopped trying to picture them as geometric shapes and allowed them to be more organic with rounded corners and less strict linework; that opened up a world of possibilty for me. 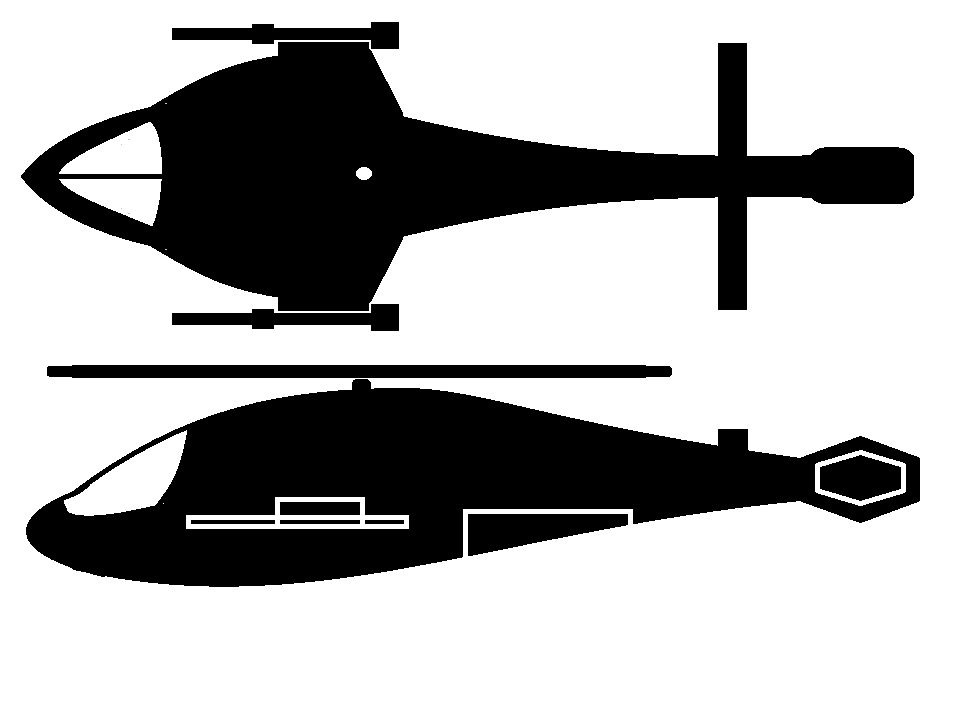