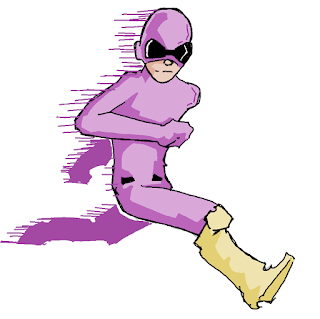 Changing the modifiers for attributes has the ripple effect of compressing numbers all across the system. The modifiers for attributes are the default way to scale traits; your PWR modifier is the effective rating of your various talents linked to Power. If you had PWR 15 (+4), your default rating for many powers was 4. If this is linked to your hyperspeed, this means you can run 100 miles per hour; you are a lower-tier speedster. It's a respectable, albeit not particularly impressive, run speed.

Two things are going to happen in the newer game; the scale is going to take slightly bigger chunks at each level, but the top end is going to cap out slightly lower. I am going with the Incredibles as the vibe for the game, but also as setting the power levels; Mr. Incredible is probably the strongest superhero in the world, but he's not Superman level strength. In FASERIP terms, he's probably Amazing (about the level of She Hulk) and maybe up near the Thing (Monstrous). He's not Unearthly - the is where our Hulk parallel would go. Since FASERIP and the Handbook of the Marvel Universe hard wired my thinking around these things, I put 100 tons as about the limit of what a superhero should be able to lift; this is far short of Superman (or even raging Hulk), but that sort of unbelievable cosmic power is not around in the world of the Incredibles. Doc Stalwart and Mr. Incredible would draw in an arm wrestling match, and Doc is my peak exemplar of superhuman strength; so I want my scale to top out near 100 tons. Sentinels came close to that, pushing one or two steps beyond. I can compress the climb, keep enough granularity for my purposes, and still check all my boxes. Here's a compressed scale for travel speeds and distances. This implies that a character with no superhuman speed (0) can travel up to 30' with an action (10' with a minor action), and up to 100' with an action and a successful Feat. A speedster character with respectable PWR (let's say 18, a +4 modifier) can travel 3000' in a single action (and 1.5 miles with an action and successful Feat). That's pretty dang quick.

One more thing: Going with the Incredibles, Dash is able to run as fast as those saucer glider things that I'd estimate are whizzing around at maybe 300 mph; but he might be making a whole bunch of successful Feats (he keeps pushing his powers). It is possible that his PWR is in the neighborhood of 14-16 (+3), and is making Feats to keep pace with those gliders. This all feels right for me.